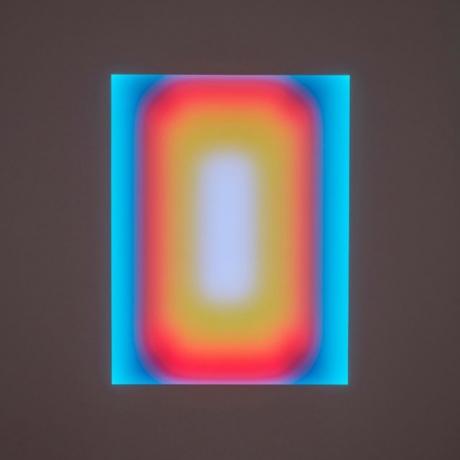 Pace Gallery and Kayne Griffin Corcoran are partnering on a joint show of work by the artist, to whom Kanye West donated $10 million last year to finish the giant Roden Crater project in the Arizona desert. 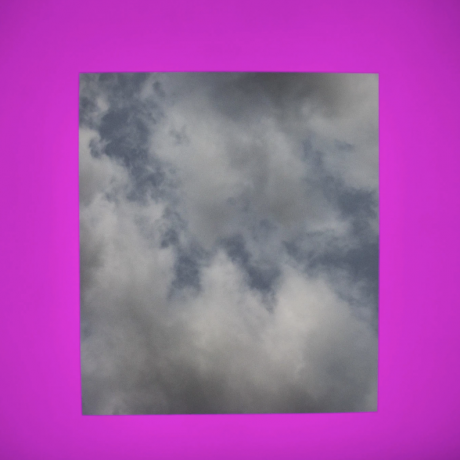 After about six months of indefinite closure, MoMA PS1 has reopened an installation by the artist James Turrell, known for engaging viewers’ perceptions with real and artificial light.

The work, “Meeting,” was closed in January when construction from a pair of luxury apartment buildings near the museum, an outpost of MoMA in Long Island City, Queens, became visible through a rectangular opening in the ceiling. A minimal environment, it alludes to Quaker meeting houses and frames the waning light and weather. It was intended to give an unobstructed view of the sky. 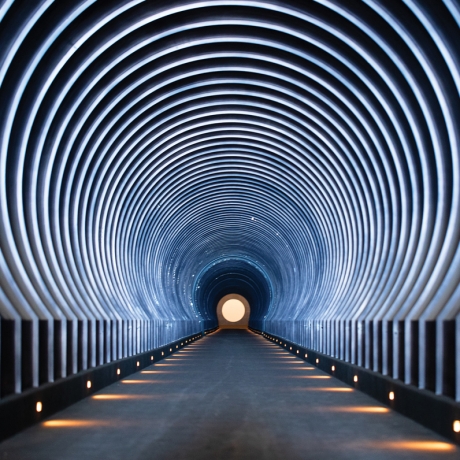 When James Turrell flew the skies of Arizona in 1974, not yet acquainted with the volcano that would soon become his life’s work, he piloted his tiny plane over the nearby sites of Sunset Crater and Wupatki National Monument. The former is a hulking cinder cone that built up after dramatic eruptions around the turn of the first millennium, when lava spewed forth in red and yellow hues said to have inspired its name. The latter was home to settlements of ancient indigenous peoples known as the Sinagua—so described for their ability to live “without water”—whose desert descendants today include Hopi and Navajo natives.

Had he flown an hour or so south, to Tempe, Turrell would have seen an array of buildings that make up Arizona State University. That would have been before the development of the gleaming new School of Earth and Space Exploration and the Center for Science and the Imagination, institutions of a kind that has made ASU a hub for innovation and interdisciplinary thought. It would have predated the construction of Air Apparent, a sculptural observatory that Turrell designed to encourage students on campus to commune with the sky. And it would have been much longer still—some four-and-a-half decades—before Turrell and ASU would enter into a momentous partnership to aid in the completion of perhaps the grandest artwork ever conceived: Roden Crater. 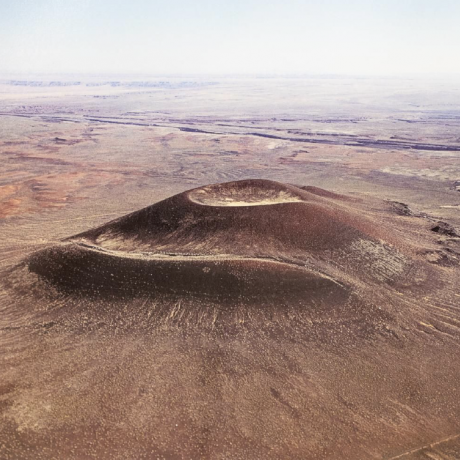 On a cloudless afternoon in late September, the artist James Turrell rounds the crest of a hill just below Arizona’s Sunset Crater Volcano, a national monument, slowing his gray Jeep Cherokee under its cinder cone. Black shards of ancient lava are shingled across the landscape like carbonized roof tiles. “I’ll show you how I ﬁrst saw Roden Crater,” he says, looking to the horizon and recalling the moment in 1974 that would shape his artistic career for the next 45 years. 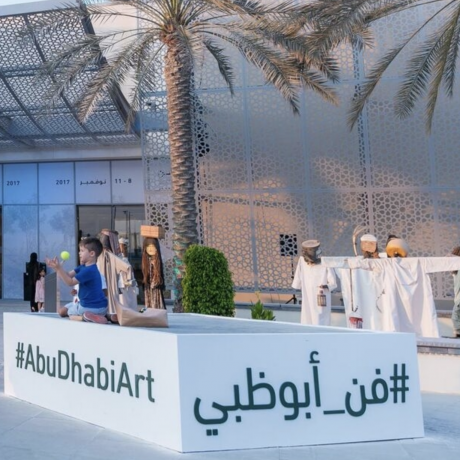 Abu Dhabi Art has undergone quite considerable change since Dyala Nusseibeh took over the reins in 2016. While maintaining its small, almost boutique size, the fair’s additional elements, such as the not-for-profit exhibitions and the public programming, have grown exponentially, providing what Nusseibeh describes as “cultural entertainment." Of the 43 spaces in attendance, Los Angeles gallery Kayne Griffin Corcoran, will be making its Middle ­Eastern debut with a stunning solo show by American artist James Turrell. 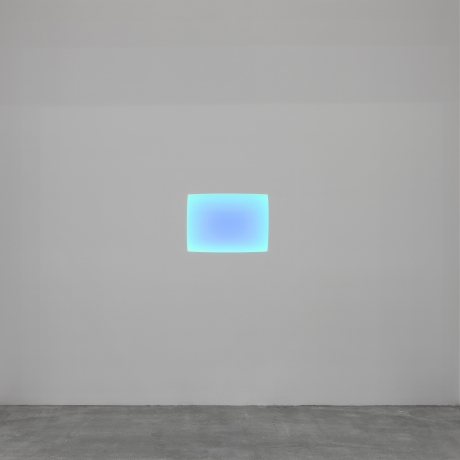 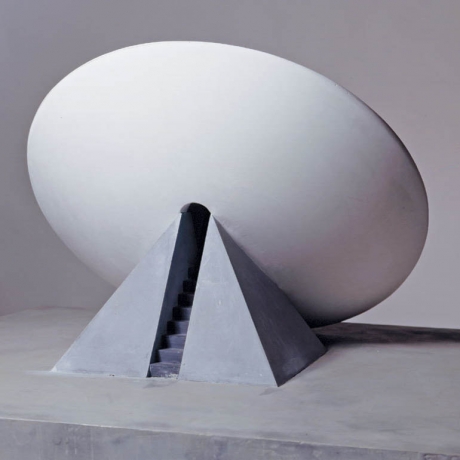 It was in Los Angeles that James Turrell first recognized the kinds of perceptual acuity possible in smoggy, irradiated air. His first light projects—experiments with incandescence filtering through jerry-rigged apertures in his Santa Monica studio in 1966—were harbingers of his subsequent tests of the fugitive, natural environment in increasingly architectural terms. His long-standing embrace by the city is understandable, but his apotheosis will unfold elsewhere: in an extinct volcano in the Painted Desert northeast of Flagstaff, Arizona, for the forty-year project of Roden Crater, a celestial-observatory complex. In his most recent presentation at Kayne Griffin Corcoran (his seventh with the gallery), Turrell was framed not as a conjurer of immaterial experience but as a builder or, at minimum, a designer of structures in support of this ambition. Appropriately set in the sprawling exhibition site capped by a permanent “Skyspace” Turrell installed when the gallery opened its current location in 2013, his eponymous show suggested the import of his built forms, represented in diminutive prototypes and tabletop maquettes alongside wall-bound renderings on Mylar. 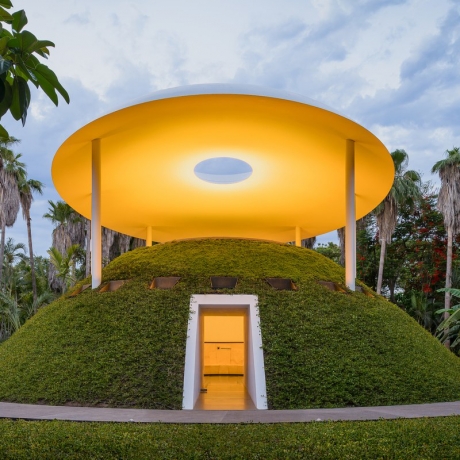 Since the 1960s, James Turrell, the 75-year-old American artist who studied perceptual psychology, has been fixated on light and all the ways he can manipulate it with space and color. But the power of Turrell’s work—most often large-scale installations—is that it’s all about you, the viewer. "My work is not so much about my seeing as about your seeing. There is no one between you and your experience,” says the legendary orchestrator of light whose permanent installations you can find in 29 countries. An avid pilot with a lifelong fascination in merging earth and sky, Turrell considers his studio and canvas the sky, his medium pure light. The artist is best known for his Skyspaces, chambers open to the heavens through an aperture in the ceiling. These observatories—much like all of his work—are designed to be places of contemplative thought. So what are you looking at? Turrell throws it back to you: “You are looking at you looking. What is important to me is to create an experience of wordless thought.” So step into the light: From a meditation house deep in Japan’s countryside to a former mattress factory in Pittsburgh, AD uncovers the most unusual places around the world to see James Turrell’s art installations. 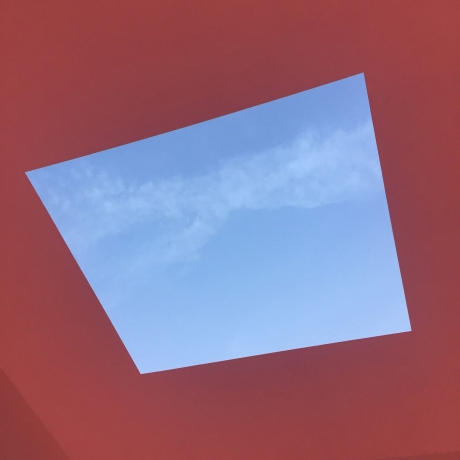 I am leaning back against a teak-paneled banquette, watching a cotton ball pelican drift across the sky. Thirty or so strangers, sat around the perimeter of this square-shaped room, all have their eyes fixed on a rectangular hole in the ceiling—like a high-def TV with one strange channel. The mood is hushed, almost ecclesiastical. A computer-programmed cycle of LEDs starts up, bathing the interior in chartreuse (mood-lifting, some say), fuchsia (energizing), and a blue-gray so pale it makes the sky look wan. A tiny plane zips through the lower left corner of the frame, like an errant summer fly. Finally, I think to myself—because there is suddenly so much space to think—I have found my meditation chapel. 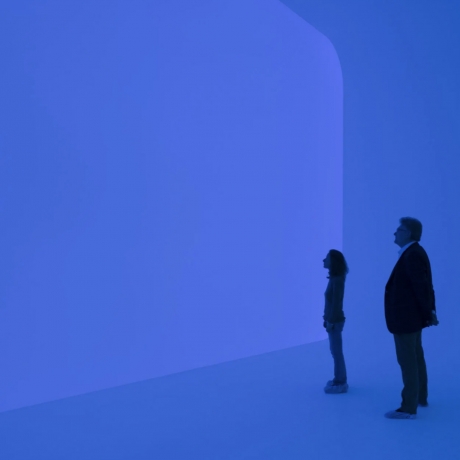 Among the largest contemporary art museums in America, MASS MoCA's vast, varied and continually changing collection has long drawn art and culture lovers from the world over to the small Massachusetts town of North Adams. With the site hosting a multitude of festivals and one-off events alongside holding an impressive collection of works from the likes of James Turrell and Jenny Holzer, there is invariably much to see - even if every visit is different. 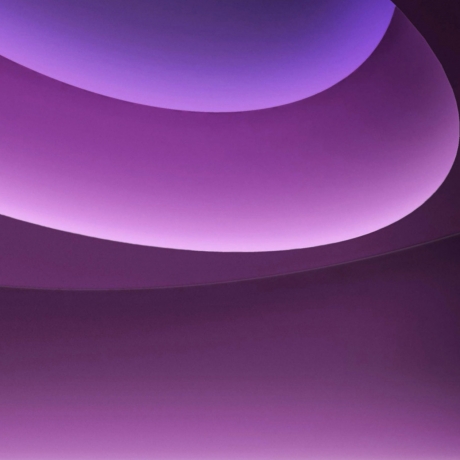 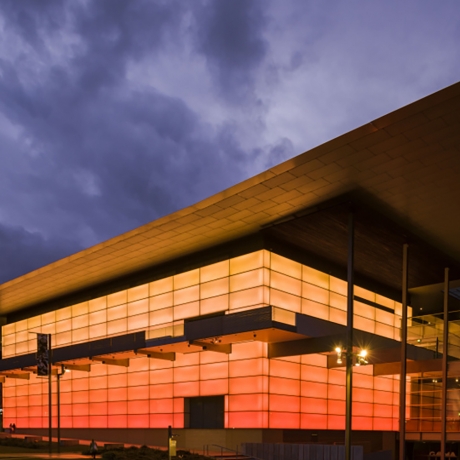 The long-awaited James Turrell light installation has finally launched at Brisbane’s Gallery of Modern Art. The gallery threw the switch on the Night Life 2018 last night. It will now illuminate the eastern and southern façades of GOMA every evening, with shifting patterns of coloured light from sunset to midnight. 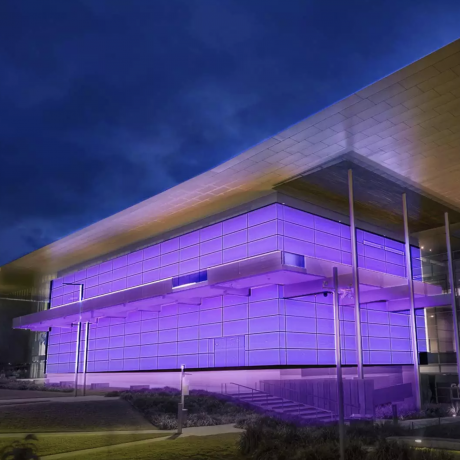 It has been 11 art-filled years since Brisbane's Gallery of Modern Art first opened its doors, and the creative riverside hub just keeps going from strength to strength. Over the past year, Yayoi Kusama, Gerhard Richter and Patricia Piccinini exhibitions have all taken on the space, and now GOMA is preparing to unveil its illuminating new permanent work: a brand new light installation by artist James Turrell. 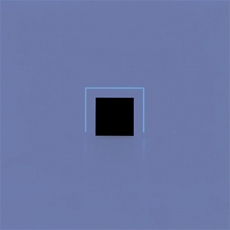 Iconic American artist James Turrell is donating one of his immersive light installations to the Jewish Museum in Berlin. Featured in his “Ganzfeld” series, Turrell’s blue-colored Aural installation will allow museum-goers to be completely inundated with sprawling fields of light. 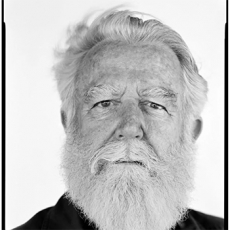 Berlin’s Jewish Museum has been given an immersive light work by James Turrell from his “Ganzfeld” series. The US artist’s blue-hued Aural is an iconic walk-in installation that completely submerges the viewer in a light field. It was donated to the institution by the German collectors Dieter and Si Rosenkranz. 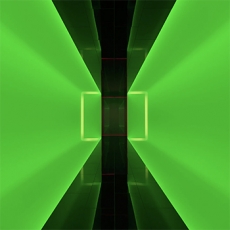 Jutting out into the Derwent, Pharos has something of a secret chamber about it. You enter at the back of Mona’s current exhibition, the Museum of Everything, through a black cloth. And there it is, a corridor and column of light. This is the first of the Turrell works, titled Beside Myself. 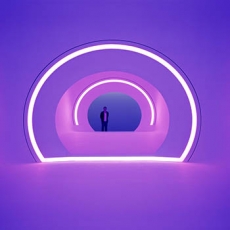 A stone’s throw from the sensory overload of Elvis-themed wedding chapels and mega-shows on the Vegas Strip (not to mention such special pleasures as swim-up blackjack), hides an appointment-only James Turrell installation titled Akhob. Occupying the entire top floor of the Louis Vuitton Maison City Center, this permanent work—something of an ocular spa—holds no more than six people at a time and operates on a 25-minute cycle. 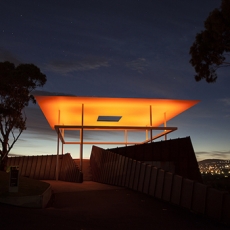 Kusama to Turrell, 9 Artists Who Made Perfect Spaces for Meditation

Press: A Museum Where Giant Art Has Room to Breathe

Press: I checked out 2 shows at the biggest art event in New York

Press: The 20 Best Booths at the armory show

Press: An Artist’s Eye to the Sky, Transformed at MoMA PS1

Press: Artist James Turrell on his two types of work

Press: James Turrell: More People Have Heard of Me Through Drake Than Anything Else

Press: James Turrell on Art, Life, and His Australian Retrospective

Press: Experiments with light: James Turrell dazzles at the NGA

press: To Rome With Audrey, With Turrell to the Sky

press: James Turrell: A Retrospective Wins the AICA Award and Ganzfeld on View at LACMA

press: james turrell at 70, ideas for our time

James Turrell at The Museum of Fine Arts Houson