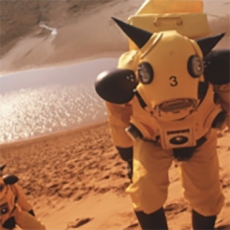 Torn between a powerful cultural heritage and a national discourse on modernization, alternating between phases of openness and withdrawal, the cultural evolution of Japan in the early 1970s was marked by major social, political and natural events. Exhibition curator Yuko Hasegawa looks back on these turbulent decades during which Japan oscillated between globalisation and affirmation of its identity.